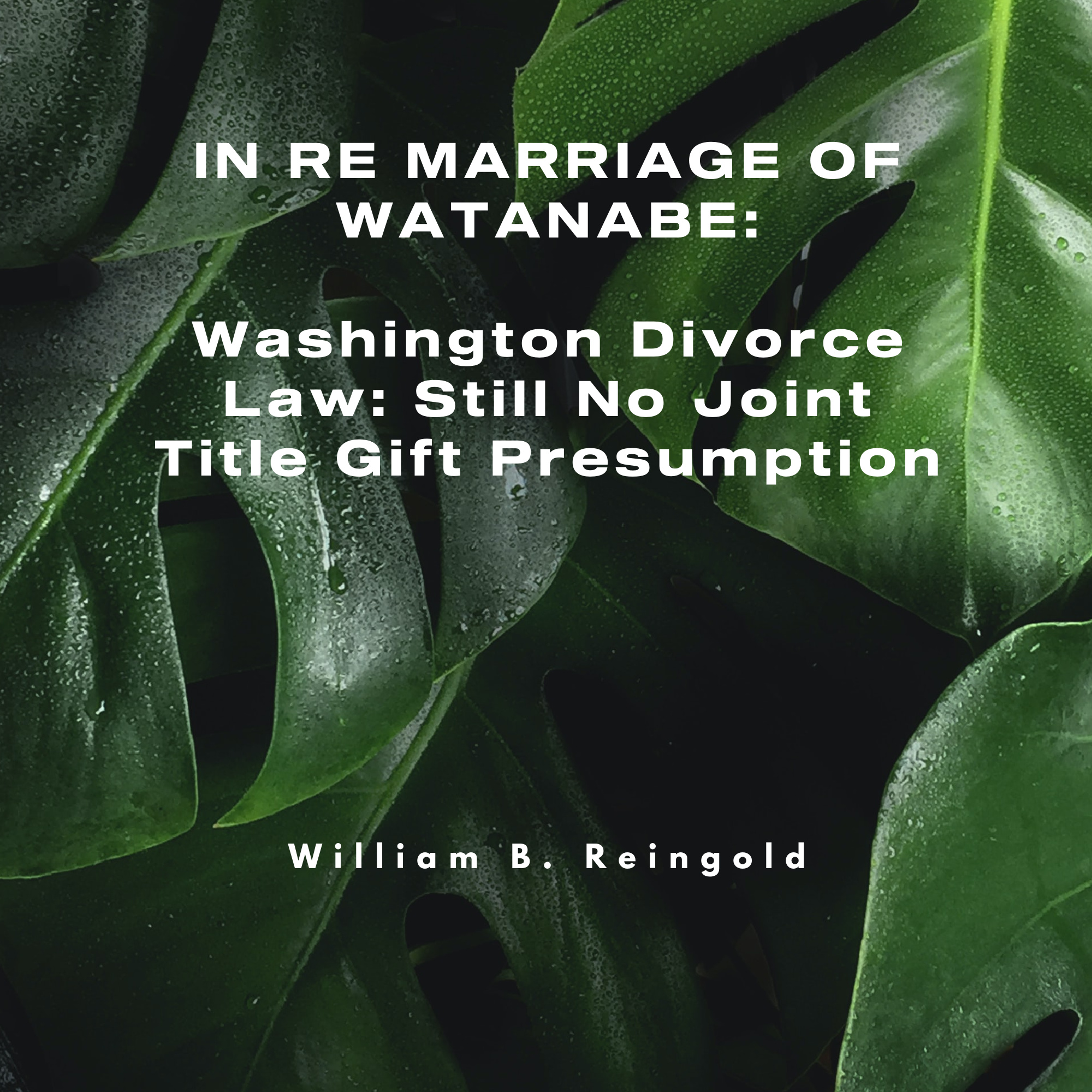 The saying that “the beaten road is the safest” is typically associated with advice not to take unnecessary risks and to play things safe.  In the law,  the notion rings true for courts and their adherence to established precedent and rulings.  Judges follow precedent to promote fairness and uniformity in handing down decisions, that way no litigant is treated differently from others.  However, sometimes judges must reaffirm established precedent to remind everyone that the law has not strayed from the beaten path.  The Washington Supreme Court made such a reaffirmation in its recent decision In re Marriage of Watanabe when it held that, in Washington, “the joint title gift presumption does not apply regardless of whether the property was acquired before or during the marriage.”

The facts of Watanabe are relatively straightforward, though the timeline of events is somewhat detailed.  One year after Daniel and Solveig Watanabe married, Solveig’s mother died and left half of her estate to her.  She inherited around $250,000 in the ensuing years from her mother’s estate, as well as a 50% interest in her mother’s property in Arlington, Washington.  The couple then started a business named Olivia Farms Inc. (OFI) as 50/50 owners.

In 2005, the couple wanted to buy property in Ford, Washington and financed the purchase with a loan secured by the Arlington property.  Critical to this case was the fact that Solveig had no credit history—the loan was therefore contingent on Solveig adding Daniel to the title of the Arlington property.  Solveig consequently quitclaimed her interest in the Arlington property to herself and Daniel “to establish community property.”  Ostensibly, Solveig never intended to convert Arlington to community property and merely meant for the loan to last until the property could be sold.  After the property sold about a year later, Solveig applied her half of the sale proceeds to pay off the balance of the Ford property mortgage.  From 2005 to 2012, the parties spent time and resources improving the Ford property.

A few years later, Solveig received another distribution from her mother’s estate totaling $700,000.  The parties purchased additional land next to the Ford property with funds from Solveig’s separate funds, and the following year they built a home on the property.  In 2012, Daniel went to work as a teacher and deposited his salary into the couple’s joint account; between 2010 and 2014, Solveig deposited $370,00 into the joint account and $170,000 into OFI’s bank account.  In 2013, Solvieg received her final distribution from her mother’s estate.  Several years later, the parties purchased three parcels of land in Clayton, Washington, one of which was acquired with funds from the joint account.

The parties divorced in 2016 and a trial was held to determine the issue of  property division.  The trial court and the Court of Appeals were both in agreement that the Ford property was separate property, that the parties did not have sufficient community income (or cash flow) to pay anything toward the Ford purchase, that OFI operated at a loss and payments could not have come from Daniel’s earnings or prior savings, and that the evidence indicated Solveig did not intend to convert her separate property in Arlington to community property even though both spouses’ names were on the warranty deed.

One issue in this case was whether Solveig intended to convert her separate property into community property.  She did, after all, sign a quitclaim deed conveying her claims to the Arlington property to her and Daniel as husband and wife, and it expressly stated that the purpose was “to establish community property.”  But the Supreme Court looked at the facts of the case and concluded that Solveig did not intend to transmute her separate property into community property for various reasons, including that the deed was drafted by the lender, Solveig’s testimony that she had no recollection of signing the deed and did not have anyone explain what signing would entail, and the loan company’s requirement that Danielbe added to the title.

Another issue was whether the Ford property was community property because both parties’ names were on the title and the property was acquired during the marriage.  The Court noted, however, that “[t]here are many reasons it may make good business sense for spouses to create joint title that have nothing to do with any intent to create community property,” and “adding a spouse to a mortgage in order to obtain a loan does not automatically make the property community property.”  So, despite Daniel’s assertion that it was acquired with community credit and therefore should have been considered community property, the facts showed that the community had insufficient income for such a purchase; thus, the funds derived from Solveig’s separate property interests and/or inheritance.  It was deemed therefore to be Solveig’s separate property.

Watanabe is one of those cases that reminds us to return to basic community property law tenets when evaluating these types of claims.  No new ground was broken in the opinion, only a reaffirmation of the principle that the joint title gift presumption does not apply regardless of whether the property was acquired before or during the marriage.

If you are considering a change to your family status and need assistance, please contact the Family Law attorneys at Lasher Holzapfel Sperry & Ebberson. 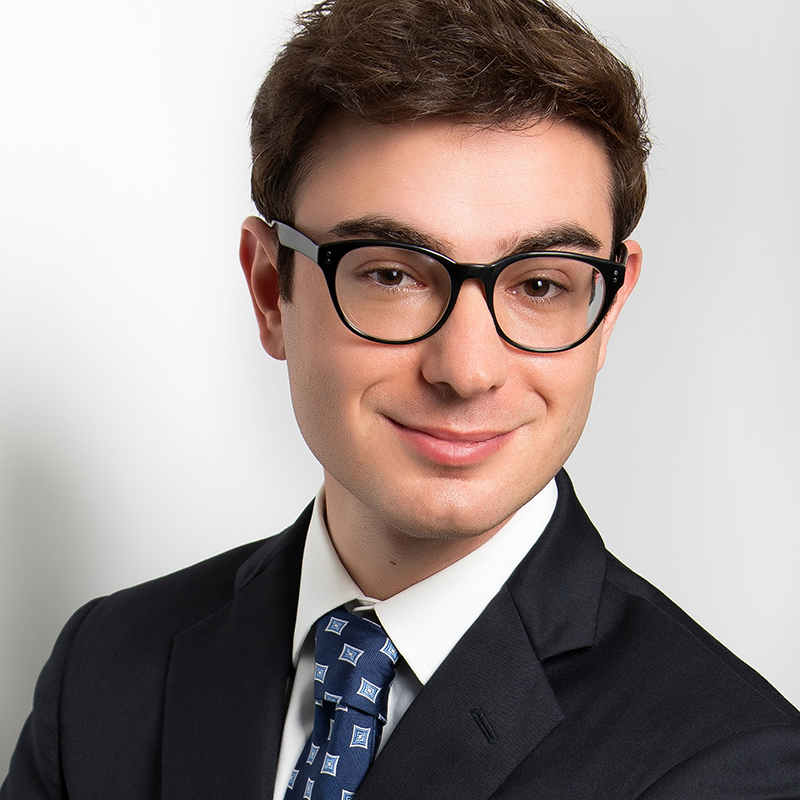