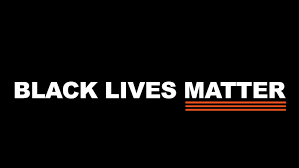 Injustice anywhere is a threat to justice everywhere… Whatever affects one directly affects all indirectly… Anyone who lives inside the United States can never be considered an outsider anywhere in this country. – Excerpts from Martin Luther King Jr.’s Letter from Birmingham Jail (April 16, 1963) As lawyers, it is our job to advocate for

We at LHSE have been closely monitoring the COVID-19 (coronavirus) outbreak and have been actively considering and responding to the recent developments. The safety and well-being of our staff, clients, and colleagues is our top priority, and to that end our employees are working in the office half time and working from home half time.

In 1984, Carmine Smeraldo opened Il Terazzo Carmine becoming a staple of Pioneer Square in Seattle. After his sudden passing in 2012, no one was sure what would happen to this main stay, but his sons, Carmine Jr. and Phillip along with their mother stepped up to keep the doors open. Since 2012, the family

Many of us may already be aware that the Tax Cuts and Jobs Act (TCJA) has significantly cut corporate tax rates, slightly cut individual tax rates, provided a jump in the standard deduction and implemented a host of other tax law changes for both individuals and businesses. However, there has been little attention given to