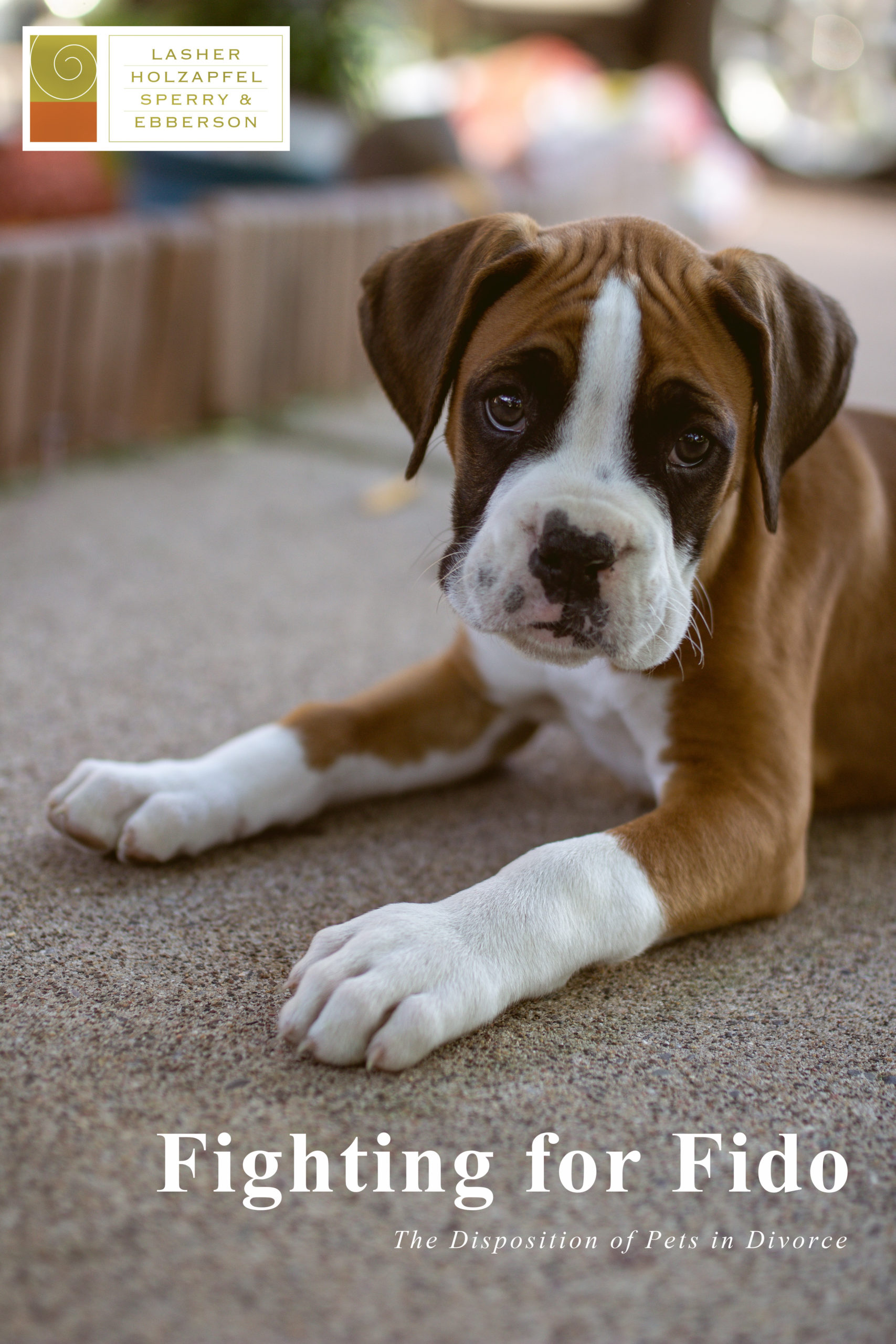 Sometimes divorce means saying goodbye to more than just your spouse. In the State of Washington, dogs, cats, and other household animals are considered personal property. Accordingly, when it comes to pets, as part of the division of assets in a divorce case the court must decide who gets to keep our furry friends, without provision for shared ownership once the case is concluded.

Where one spouse is awarded a pet as their separate property, the other spouse generally loses all future rights to the animal. Most recently, in a Washington State Court of Appeals (Division One) decision filed on October 4, 2021, the court addressed the extent of the court’s authority to award animal visitation rights to the spouse who was not awarded the pets in the divorce.[1] Following a 27-year marriage, the trial court awarded the couple’s two large dogs, Kona and Mr. Bear, to the husband, who lived in a larger home and was more able to provide for the animals, post-divorce. In addition, after hearing evidence that the parties called the dogs “[t]he babies,” that they texted each other regularly about the dogs’ sleep schedules, grooming, behavior training, exercise, and social outings, and noting the parties’ ongoing informal visitation schedule with the pets, post-separation, the trial court ordered pet visitation with the wife on a set schedule, consisting of three times per week, for three hours each time. The trial court also ordered both parties to share the veterinary and grooming costs related to the animals on a percentage basis going forward.

In ruling that the trial court exceeded its authority in awarding visitation rights, the appellate court acknowledged that the wife was essentially asking the court to order the “visitation of property” after its distribution. The court noted that where the dogs were awarded to the husband as his separate property, nothing in the statute empowers a trial court to compel a party to produce their separate property for the use and enjoyment of another following the divorce.[2] Where the wife argued that the court’s visitation order was akin to that of “de facto parents,” who are afforded the same rights and responsibilities as those given to parents under the Washington child custody statutes, the court stated that Washington has not recognized animals as a special category of property and that the court has consistently characterized animals as “personal property.”[3] The court noted that the trial court’s job is to make a fair and final property distribution in the case. The court also stated that parties have long had the right to have their property interests definitively determined without the prospect of future litigation.[4] Refusing to uphold the visitation rights, the appellate court reversed the trial court’s ruling and concluded that where there is no authority for pet visitation under Washington law, the court could not step in where the legislature clearly abstained from doing so.

The emotional attachment to our pets runs deep and many are simply part of the family. Where the emotional importance of a pet can be far greater than any personal property, and where all access to a pet could be lost pursuant to the property awards in your divorce, fighting for the award of your animal can be very important part of your case strategy. To that end, being able to demonstrate that you were the one that provided for, cared for, and that is capable to continue to provide for a pet, post-divorce, may present your strongest facts when it comes to keeping and having them awarded to you. When facing divorce, identifying your case issues, understanding the law, and focusing on what is most important to you is invaluable to a successful outcome. Likewise, as you plan for this life-changing process and consider fighting for Fido, the Family Law Practice Group at Lasher is available to assist you.