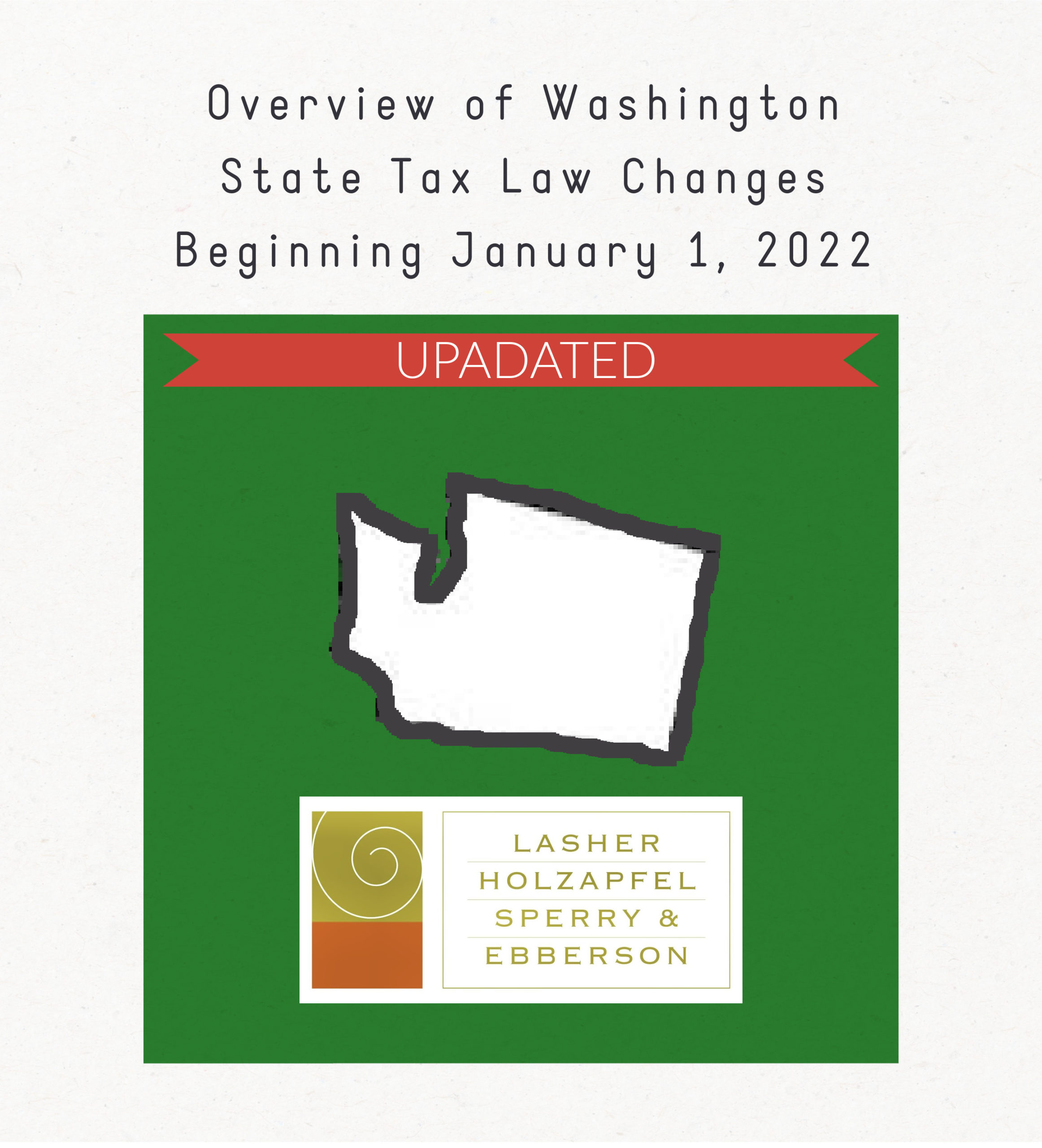 Washington’s Employment Security Department has updated instructions for employers and will be providing additional information and guidance.

Two tax changes took effect January 1, 2022 in Washington State, but neither is definitive.

The new capital gains tax became effective on Jan. 1.  This 7% tax applies to profits from selling long-term assets, such as stocks and bonds. Whether individuals, or married couples, filers would have to make more than $250,000 in these sales for the tax to kick in.  In addition, the tax applies on to capital gains above that $250,000 threshold, which means that if an individual made $350,000 from selling stock in a year, the 7% tax would only be applied to the additional $100,000 and not the entire $350,000 sum.  At 7%, that individual would owe the state $7,000.

Under the new tax, first payments are not due until 2023, however, the tax might not be around that long. Several lawsuits questioning the constitutionality of the tax are currently working their way through the state’s legal system. If any is successful, this tax could soon be overturned.

Washington’s new long-term care benefit, the Washington Cares Fund, is to be funded by a payroll tax on millions of workers. The tax — 0.58% of a worker’s total wages, with no salary cap — started being collected January 1.

The new benefit was to allow eligible adults to collect up to $36,500 for long-term care expenses, such as delivered meals and in-home care. Beneficiaries are slated to begin collecting payments in 2025.

To opt-out of the payroll tax, workers were to have purchased private long-term care insurance as of November 1, 2021. Those who did have until the end of 2022 to request an exemption from the state. Employers are exempt, and self-employed workers, while not required to pay into the benefit, may do so if they wish.

Problems with the program came to light in the months leading up to the start of collection this January.  The primary problem is that, as it stands, the tax would force many to pay into the program for benefits they will never see, including many people who work in Washington, but live elsewhere, such as Oregon or Idaho.

Additionally, older adults who plan to retire soon may not have the opportunity to meet the mandated three consecutive years of pay-in in order to receive benefits. And service members (who are moved by the government) or those who choose to retire to a different state won’t have access to benefits either.

As a result of these inequities, on Tuesday, January 4, 2022, two bills were pre-filed in Olympia by Democratic lawmakers.  One would delay collection of the payroll tax until July 1, 2023.  An additional provision in this bill would mandate that any premiums taken from employee paychecks after the January 1, 2022 start date be refunded to those employees until the bill goes into effect.

The second bill would address residency problems with the tax, allowing certain individuals to “opt out” including those living in other states, spouses or partners of active military members and temporary workers with non-immigrant visas.

Pre-filing means the two bills will receive hearings as soon as the Legislature returns to session on January 10.