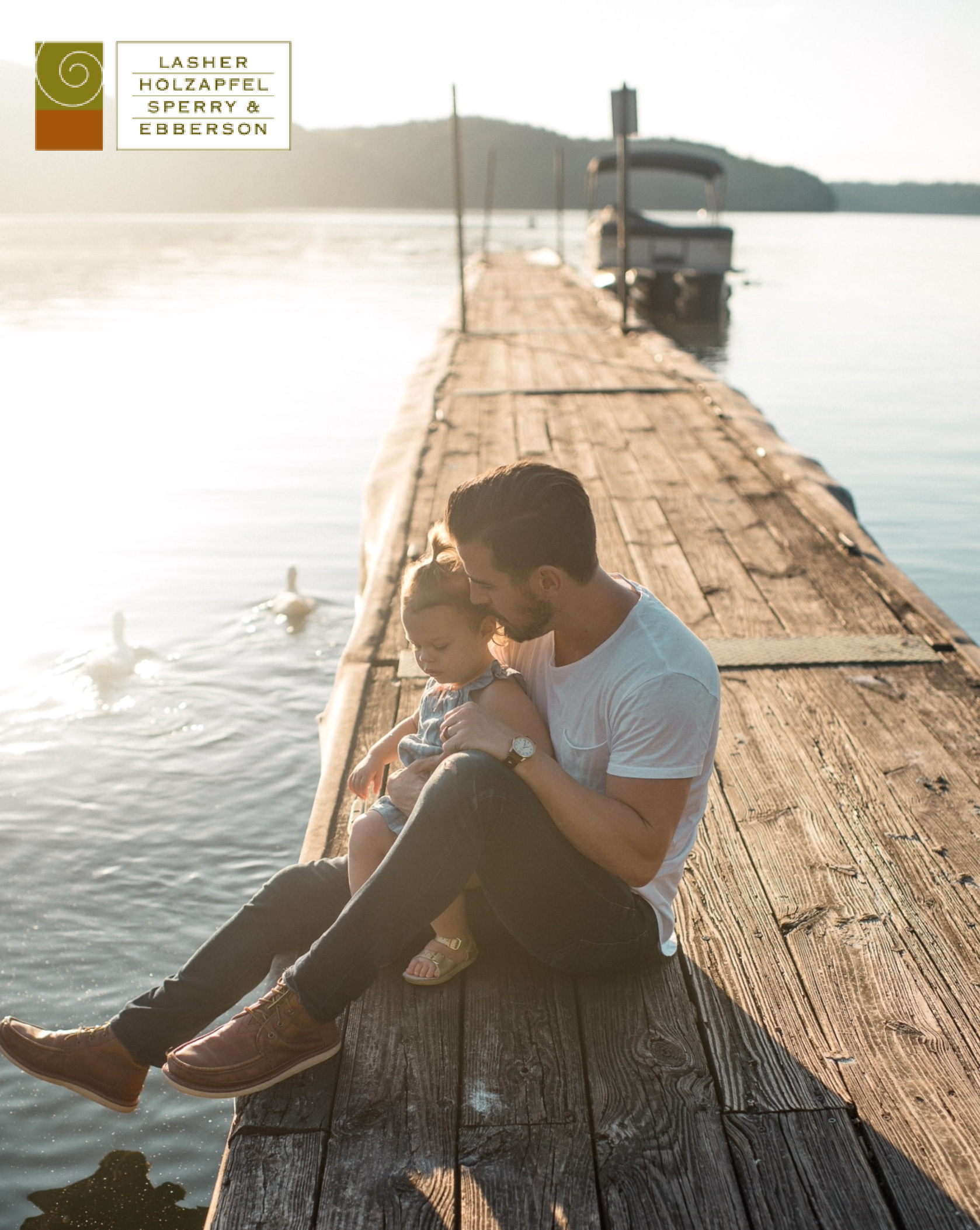 Several weekends ago, I celebrated a belated Mother’s Day and birthday with my extended family.  One of the pictures taken reflects four generations of our family: my mother on one side and my father on the other.  That may not seem noteworthy, but they have been divorced for 41 years.  If you were to look at my family photo album of the last 30 years, you might be even more surprised to see that my parents are pictured in the most important milestones of my life – and my children’s’ lives.  In fact, until her passing in 2017, my step-mother is also routinely reflected in the pictures with my mom and dad – all three of them smiling while sitting close together at the event du jour and often with me smiling in the middle of them.

My parents gave me the gift of not having to choose which parent to invite to important events and the lack of worry about how to seat them. Long before the concept of “co-parenting” was widely discussed in the family law world, my parents made a conscious decision to handle their divorce with my sister and me as their top priorities.  That does not mean they were perfect, but I am grateful that they took the steps they did to preserve our (albeit changed) family for future milestones.

Having both parents play an active role in children’s daily lives is the best way to ensure that your kids’ needs are met, and it enables them to retain close relationships with both parents. The quality of the relationship between co-parents can also have a strong influence on the mental and emotional well-being of children, and the incidence of anxiety and depression.  In fact, studies show that conflict is the main driver of emotional distress to children of divorce.  Of course, putting aside relationship issues, especially after an acrimonious split, to co-parent agreeably is sometimes easier said than done.

Joint custody arrangements can be exhausting, infuriating, and fraught with stress, especially if you have a contentious relationship with your ex-partner or if you have historically been the primary parent. You may feel concerned about your ex’s parenting abilities, stressed out about child support or other financial issues, or just struggling to overcome all the resentments in your relationship.  My hope is that the following tips will help you in your journey to re-defining your family and raising your child(ren) in two households.

Tip 1:  Change your view of your relationship with your ex.  Your marriage may be over, but your family is not; acting in your kids’ best interest is your most important priority. The first step to being a responsible co-parent is to always put your children’s needs ahead of your own.  It may be helpful to start thinking of your relationship with your ex as a completely new one—a business arrangement with the mission to secure the well-being of your children.

Tip 2:  Improve communication with your co-parent.  Many marriages fall victim to break downs in communication.  It can be helpful to carefully evaluate how your communication failed during the marriage so that you can improve it for your children during and after the divorce.

Improve communication by practicing the following:

My parents, even when they disagreed with one another, seemed to have agreed on a mantra:  “I am so sorry you are frustrated with your [mother/father’s] decision on this issue.  I know that everything [he/she] does is out of love and your well-being.  I encourage you to talk to [him/her] about this, but know that I support that decision too.”

I later learned that each parent was frequently frustrated with the decisions of the other but would only speak to each other about that and NOT to me.  This made it clear to me from the outset that I could not manipulate or play one parent against the other.  In hindsight that was one of the smartest things my parents did.

Tip 3:  Never disparage your ex or allow others to do so in front of the children.  The children, regardless of the strength of their bond with either parent, is 50% each of you and speaking negatively about the other parent is essentially speaking negatively of your child.  Many ex-spouses make poor decisions, and ones that you may believe are hurtful to your children.  That is understandably infuriating, and sometimes terrifying.  However, you need not compound the damage to your child by re-stating and re-sharing those poor choices.  It truly only hurts the child.

While my parents did an overall great job of learning to communicate and work together, I can remember every negative sentiment made by either parent and can recall to this day, the pain and confusion I felt to hear it and the defensiveness I felt as a result.  It also likely had the opposite impact that the disparaging parent intended—I did not think less of the person about whom they were complaining, but rather was angry with the person doing the disparaging.

Tip 4:  Never use kids as messengers.  When you use your children to convey messages to your co-parent, it puts them in the center of your conflict, even if the message appears benign to you. The goal is to keep your child out of your relationship issues, so call or email your ex directly.

Tip 5:  Try to Agree on Consistent Rules between Households. Rules do not have to be exactly the same between two households, but the more you and your ex-spouse establish generally consistent guidelines, the less your kids will have to bounce back and forth between two radically different disciplinary environments. Important lifestyle rules like homework issues, curfews, and off-limit activities should be defined and adhered to in both households.  If that is hard to do initially, consider hiring a parent coach to sit down with both of you and offer child-focused suggestions or resolutions to any differences in parenting style.

Tip 6:  Compromise. You will need to come around to your ex-spouse’s point of view as often as they come around to yours. It may not always be your first choice, but compromise allows you both to “win” and makes both of you more likely to be flexible in the future.  More importantly, it allows the children to be spared the collateral impact of tension caused by ongoing conflict.

The beautiful thing about my parents keeping me out of their resentments toward one another during and after their divorce (for the most part) is not only the pictures of happy times we have continued to share over the past 41 years, but more importantly the relationship that I now enjoy with both parents.  The respect I have for each of them was fostered and fueled by the respect they demonstrated toward each other at the hardest time of their lives.

While, like most kids, I often wished my parents had kept their marriage together, I am fortunate that at least they kept our FAMILY together.

If you are considering divorce, the family law attorneys at Lasher Holzapfel Sperry & Ebberson are available to help guide you through the process.